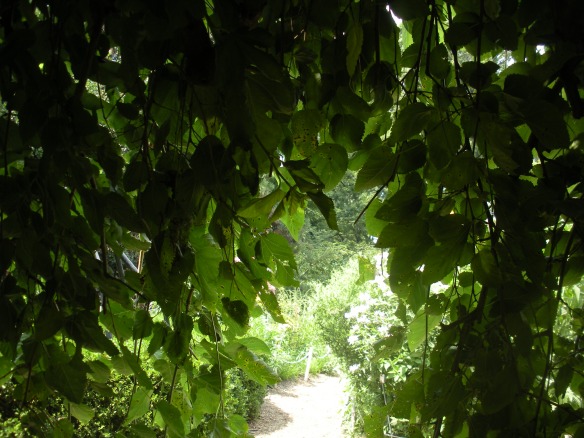 It is not like no one has ever heard of Prospect Park.  Designed by the same team that brought you Central Park (Olmsted and Vaux), Prospect Park is the more wild, less visited cousin of that more famous park.  Quick, think of one movie or play that references Prospect Park.  Do you remember the guy a couple of years ago who found some film, developed it, and then tracked down the photographer to her home in Paris?  Almost all those photographs were taken in Prospect Park.  Also, a quick Wikipedia search came up with several “notable murders” within the park.  So there you have it, quirky internet stories and murder.  And now this blog article too. 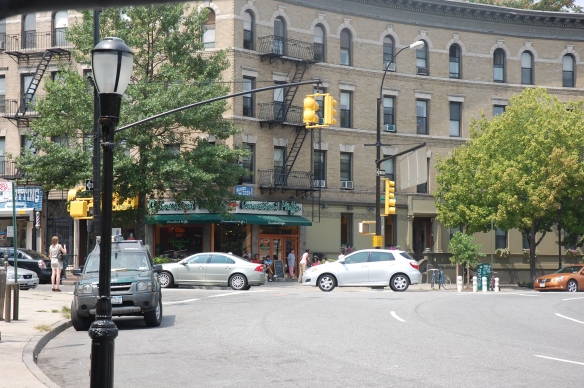 Our experience with Prospect Park flowed from our laid back approach to the Big Apple in the summer of 2010.  After a maddening trip from New Jersey that left us nostalgic for our own Chicago traffic jams, we checked in to a converted basement apartment with a row house above.  The owner of this house was away and the house sitter was a writer from South Africa who let us roam the house at will. We made good use of the washer and dryer on account of her generosity.  She also hinted several times that we were welcome to walk the dog, which we passed on.  For $150/night, at the height of the summer tourist season, we were able to chill in a cool part of Brooklyn.  It was like crashing at a relative’s house with that same relative out of town.  Below grade windows, a blow up bed for Henna, a makeshift kitchen with the smallest fridge I have ever seen, and neighbors out of a Spike Lee film made us feel at home.  It seemed that those neighbors spent our entire visit parked in front of their house commenting on the people passing by.  Each time we said hello they had a new story for us and often referenced their neighbors as if we had a shared history with them.  They were never happier than when giving us directions somewhere (her with a strong Puerto Rican accent, him with animated gestures highlighting the hospital wrist band on his wrist).  It is with pride that I tell you he told me, after watching us cross a busy street with a defiant wave, “I can tell you’re from a city.”

That is the thing about New York and New Yorkers.   I find New Yorkers away from home to be obnoxious.  Not you of course, but other New Yorkers.  You know “them.”  But in New York, New Yorkers are funny, cool, and, always and without any exception, direct.  Several times while Corey, Henna, and I were planning our day on the subway, a stranger would interrupt with something like “You don’t want to go Times Square.  This is what you do….”  I quickly adopted this custom by looking any random stranger in the eye and, without bothering with an “excuse me” or “I’m sorry to interrupt, but” instead simply asking “Where can I get lunch?”  They seemed to respect that kind of thing and always had plenty suggestions to contribute to our day. 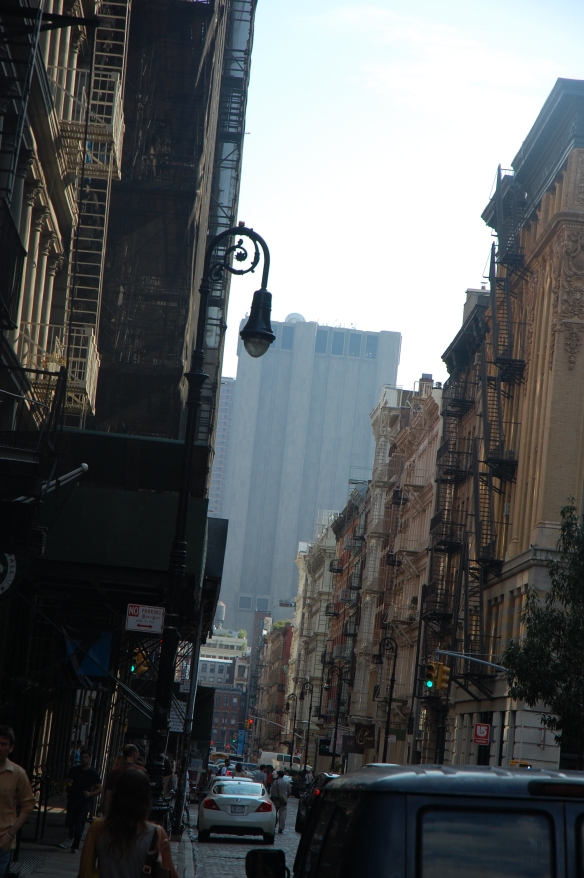 Upon first arriving in Brooklyn, after unloading everything of value into our new, small basement apartment, we walked through the neighborhood and stumbled into Prospect Park.  In the twilight Henna found a friend and they chased each other around the monkey bars.  We talked to his mom whose dark complexion and thick French accent intrigued us.  Like many urban park discussions, the topic of conversation was schools.  Remarkably, over the next three days we bumped into this mom and her son several times.  Each time she gave us great tips on neighborhood restaurants.  I think that maybe the reason New Yorkers away from New York are hard to suffer is that they miss the amazing amount and variety of good restaurants that are always a block or two from wherever you are.  The three nights we stayed in Prospect Park we sampled food trucks, devoured sushi and very authentic Mexican food.  The three of us sat outside and watched our waiter jump from the curb back into the outdoor café area each time he sensed a customer in need.  It was like being served by a bystander.  We dined after dark and Henna was by no means the only child awake as small children no more than ten skated, cycled, and walked by.  Past eleven, with Henna just asleep, Corey and I were amazed to hear an ice cream truck drive by.

The next day we explored the park and delightfully got lost at every opportunity.  Besides the park itself, which features a wooded area, a medium sized lake with a classically designed boat house (Boathouse on the Lullwater), and plenty of open spaces, the park spills into the Brooklyn Botanical Garden.  For a small fee, one can wander aimlessly among the cultivated gardens and engage in several understated child friendly activities.  The Brooklyn Museum, with its impressive art collection that includes many works by Andy Warhol is also adjacent to the park (we especially enjoyed Andy’s creative use of urine).  Like Prospect Park, the museum has an unhurried and laid back feel that is quiet in contrast to the over visited island of Manhattan.  We also spent quality time reading and people watching at the Brooklyn Library.

Lest you think we are Central Park haters, we love that park too.  On a very hot day we enjoyed cooling off in the water fountains and it warmed my heart to see people from all over the world fighting for bench space.  My favorite moment there was throwing a water balloon at Corey.  When she furiously looked at me I pointed at the Russian tourist to my right who immediately denied this with a panicked   “nyet!”