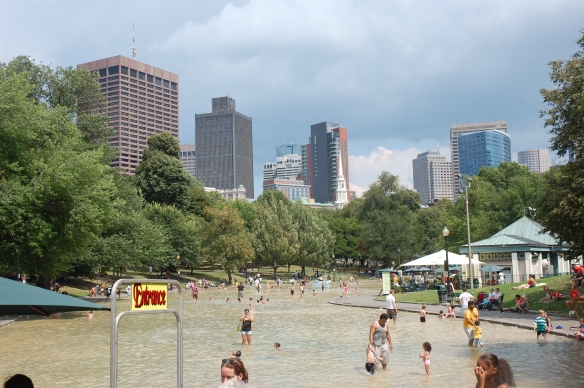 What constitutes a Great City Park?  Well, one first needs a great city (Chicago, San Francisco, New York, Vancouver, and Toronto are some examples).  The park itself should have some history, draw in locals as well as tourists, and let all visitors know at once the city they are in.  Some cities have more than one great park; Chicago has Millennium Park for tourists, but the lakefront is for everyone.  San Francisco has more parks than I can begin to list here.  For us, Great City Parks provide an oasis for the locals and a destination for the tourists. 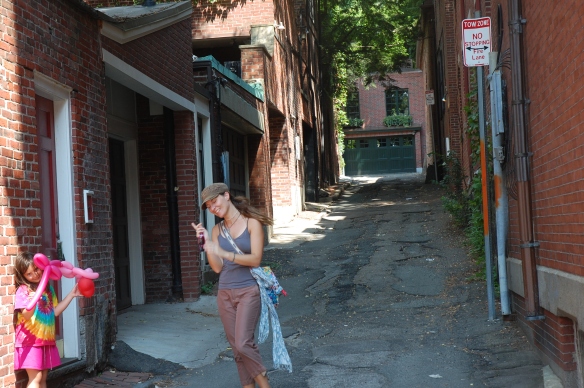 One often overlooked Great City Park is also our nation’s oldest.  Dating back to 1634, Boston Common has been used for first private and then public cattle grazing, a British war camp (in the 1812 War), a nifty place to hang witches, and ultimately as a Frisbee throwing/ softball playing park with a pretty cool water area.  Boston Common does not have the panache of Central Park or the overwhelming, in your face importance of the D.C. Mall.  The weekend summer day we walked around the park had the usual trappings of an urban tourist location; overpriced hot-dogs, balloon makers, and a carousel.  There also were the predictable hemp sweaters and bracelets for sale (and a shifty guy who might have been willing to sell us other hemp products).  But it lacked the frantic pace of other East Coast destinations.  And it was too big and popular to have the charm of the great public green area in Salem, MA.  We enjoyed cooling off at Frog Pond (a fun and very shallow pool filled with kids running and hopping about) and eating our overpriced hotdogs in shade.  And Henna loved the balloon animal that I held while she took a whirl on the carousel.  But the park itself is not as memorable as the city it resides in. 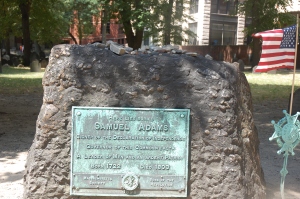 What Boston Common did have was a lot of historical interests ringing the park itself.  A short walk from the Common can take you to Paul Revere and Samuel Adams grave as well as other stops on the Freedom Trail.  The Beacon Hill neighborhood rests on the park’s southern border and makes for a wonderful stroll.  One of my wife’s favorite things to do in Boston is to find JFK’s boyhood home.  I always like to stop at the Cheer’s bar.  And the T can take you to Harvard Square in a matter of minutes (and to be honest we think it is more fun to wander around Harvard than it is the Common).  But we are grateful for Boston and it’s Common.