Had an awesome time at Dan and Liz’s wedding.  I like weddings, especially when one is in a wedding (we were in by proxy of our daughter) because you really enter someone elses world.  I obviously know Dan and his family well, but over the weekend I got to hang with Liz’s family and Dan’s good friends.  All very cool people.  And the wedding was fun and sentimental and everything a wedding should be.

I promised in my last post to share photos of the temple.  I stated before it was built in 1900 or so.  I was pretty wrong on that.  Construction begain in the 1860s and was interupted by the Civil War.  Roaming the basement of the temple, I found several stone tablets with names, dates, and other information.  The most touching to me was the list of deceased benefectiaries.  A typical column was “Jeffrey Strause 1895 25 (amount contributed).”  There was also a stone tablet detailing a couple who passed away in 1895 in a “R. R. accident.”  Their heirs (?) parents (?) donated $2500 which was an amazing amount of money at the end of the 19th century.  If you happen to know more about this temple I would love to learn more facts.  Below are some pictures of the temple. 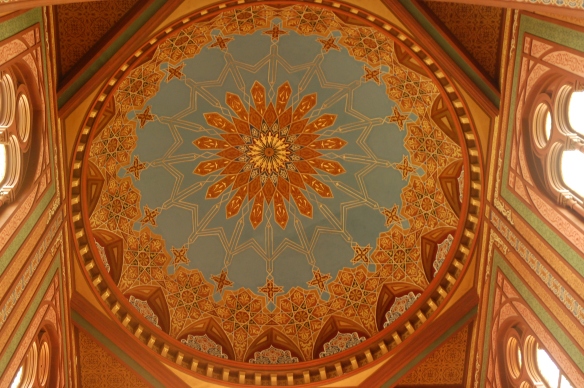