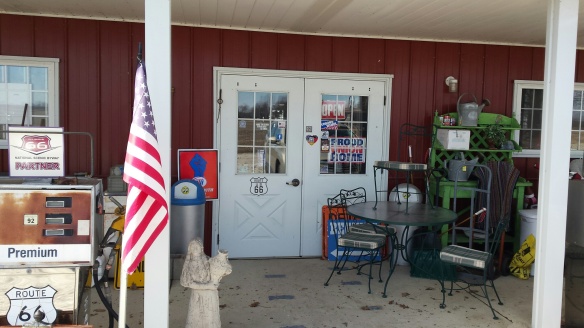 Although sometimes little more than a frontage road paralleling Interstate 55, Route 66 survives mostly intact through Illinois.  This includes approximately one and a half mile of brick road laid out 1931.  Immediately adjacent to this section is Becky’s Barn which is definitely a cut above the typical antique/road kitsch barns you see dotted along the highway. For starters there is owner Rick Hargett, an unabashed pro-union anti-Republican cuddly bear of a man who much more closely resembles Willie Nelson than Ralph Nader.  Besides the numerous bumper stickers celebrating his views he also gives a 20% discount to all union members and soldiers (“The union builds the country and the soldiers protect it”).    Sadly the namesake of his store, Becky, passed away last January.  After flirting with closing down the store for good, Rick instead decided to stay open.  And on a beautiful, almost summer like day in March, we were glad he did.  Open Thursday through Sunday 10 A.M.-5 P.M. To get to their website click here. 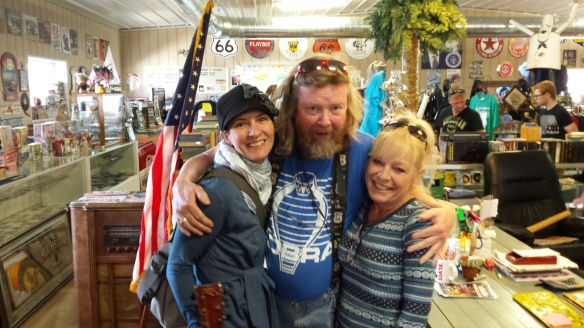 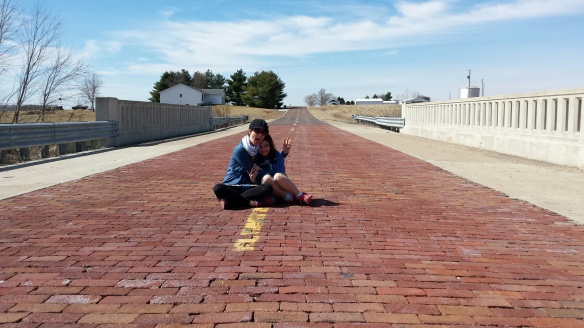 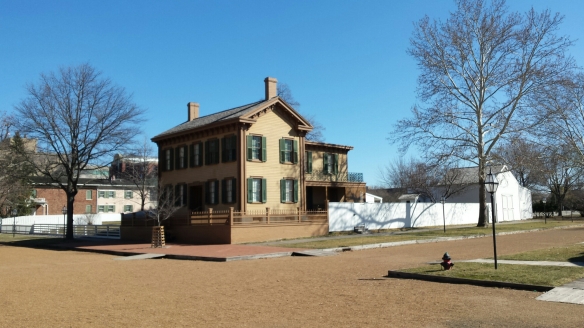 Springfield is an interesting place. Not quite interesting enough to spend a full weekend but it has more to see than is possible in a day. Last time through we checked out the Illinois State Museum (free, a lot of fun, and next to the Capitol). Yesterday it was Lincoln’s home (also free and only a few blocks from Capitol).

Lincoln lived in the house as a successful lawyer right up to the moment he left for the White House (he learned of his victory while sitting in his front room). Some time after his death his son Robert deeded the house to Illinois and it was later taken over by the National Park Service. Most of the furniture are replicas but you do get to use the same banister as Abe (Henna was very excited over that one) and see the actual desk where he penned many of his speeches. The tour really does a good job of giving a sense of who Abraham was as well as the time he lived in. I especially enjoyed strolling from the block of 19th century homes that make up the National Historic Site to his law office (sadly just a plaque on a building). One block past there is the Old Capital which Lincoln knew well. It also is where Obama declared his intention to run for president.

We then took a bit of Route 66 before heading home.