Yesterday was a bittersweet day for us.  We woke relieved that the wild wind had stopped.  Henna caught up on sleep while Corey and I drank coffee and grilled sausages over a small fire.  There was no hurry and after Henna woke we ate some more and walked back into the main square of Fort Robinson.  For just $5 the three of us took a short carriage ride (in the type of carriage that Cinderella took to the ball).  Corey and Henna liked it; I loved it.   Henna also took a pony ride (they said I was too big) and we left the state park feeling good.  Route 20 continued west and it was a pleasant happy ride.  Turning south on 29 I felt a genuine sadness over the part of our trip ending.  We had taken 20 from the vaguely country strip malls of Rockford into the wild ranch land of western Nebraska.  Before this trip I always thought of Nebraska as dull and the people rough.  Not so.  Without exception every person met in Nebraska was kind; people wave when they drive by and conversations were easy to come by.  The land too is majestic in its largeness, a type of canvas fitting for the cows and windmills that populate it.  And judging by the many tourists with Colorado plates, I am not alone in this opinion.

After leaving Fort Robinson it was time for more bones.  Agate Fossil Bed National Monument is set against that “broken cattle country” scenery.  The exhibits were nowhere as cool as they were in Ashfalls, but the hiking opportunities made up for it.  We took a short trail that led to the highest point of the monument and passed several spiral beaver den fossils called devil corkscrews.  The road linking 20 with 71 was the 60 empties miles of the trip. At Scottsbluff, however, the roads turned back to divided highways and soon we were humming along at 80 on the interstate with the same number.  Off to Cheyenne, WY for the night and we tented at the KOA.  I felt a bit like a hobo as Corey and I drank beers a few yards from the interstate (with that noise sometimes drowned out by the freighter trains that passed nearby).  In the morning the hobo experience was completed as I had to dig through a garbage can in search of the CD I had accidentally thrown out (I found the CD- Hank Williams).  That night in Cheyenne we had our first dinner out and got a taste of Cheyenne; more genteel than Gillette but nowhere near as warm as Missoula.  There where coffee shops and book stores, but also muttering homeless and dark streets at night. 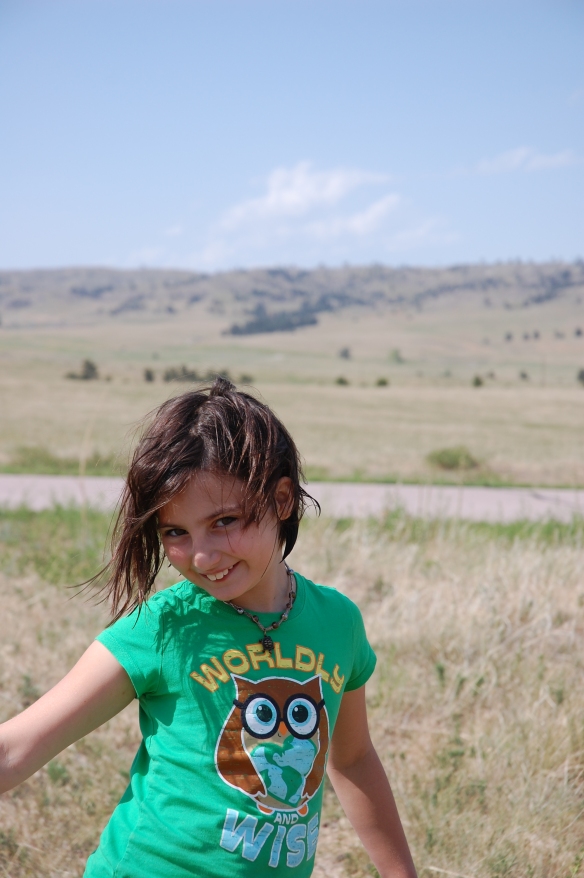 But now I am in Rocky Mountain National Park.  It would be heaven if it had a swimming lake.  So very, very dry here; as the fires rage  nearby here there is a complete fire ban meaning there will be a smore break.  We plan on camping two nights here then one night on the other side of trail ridge road.  Hopefully we will be able to share pictures with you soon.

Fort Robinson, Nebraska has been a mighty important staging point for the U.S. wars against the American Indian, a jail for some of those same Indians, a training ground for soldiers for the Spanish-American war, and a P.O.W. camp for German soldiers during WWII.  Now it is Nebraska’s largest state park and does a good job of showing off western Nebraska’s broken cattle country (that is how my National Geographic Book on state parks describes the landscapes, as well as presenting what life was like for the soldiers stationed here (I do wish they did a better job of discussing the treatment of the imprisoned American Indians as late as 1912 this fort was still sending out soldiers to put down “agitated” U.S. citizens i.e. American Indians).  We camped a few yards from route 20 which over here was little more than a country road.   We could have lodged in a variety of barracks including former officer quarters (and by midnight I wish we had).  The state park also has a small archaeological museum that includes a complete Columbian Mammoth skeleton that was uncovered in a “death embrace” with another mammoth.  And Summer Stock is here too.  We saw Godspell (which was a nice counter point to all the evolution facts we kept stumbling upon- I will still go with evolution but I have to say Godspell had better music).

At 7 PM the three of us kicked back on Adirondack chairs and watched the blue sky.  It was in the mid 70s and beautiful.  By 8 (the time Godspell started) the sky was looking sinister and the temperature had dropped.  By intermission there had been some rain and there was not a visible star in the sky.  When the play ended the wind was gusting pretty strong, lightning was to the north, and the tent was not looking so good.  We drove into our campsite and stayed in the car to watch nature’s fireworks.  Wind was picking up and Henna kept nagging us to go into the tent.  All night the wind howled and a couple of times I sat up in mild (maybe moderate terror).  Henna slept soundly (and is still sleeping as I type this up).  Corey slept pretty well.  I nodded off around sunrise with the storm over and a little water at the creases of our tent.  Right now I am sipping coffee, writing (which I love), and sitting next to Corey (whom I love as well).  There are  sausages on the grill and the cool breeze feels good.  We leave Route 20 today to head south into Colorado.  Will update you all soon.

Note:  I am posting this now from the KOA in Cheyenne, WY.  Headed to RMNP today; we are all excited.  Having a lot of trouble posting photos.  Down the road we will post lots of photos.  Hope all is well with you.

Hello, Corey here. Today was a most amazing road day, the exact reason we pack up our essential belongings each summer and hit the road.  We were up pretty early this morning, and heading out of Valentine, NE without coffee. So with a quick stop at a local store for provisions, and a quick hello to our campground owner (yep, in small towns it is very difficult to escape anyone) we continued our sojourn west. Below in bullet form…I love bullet points, gathers up some of what our day looked like.