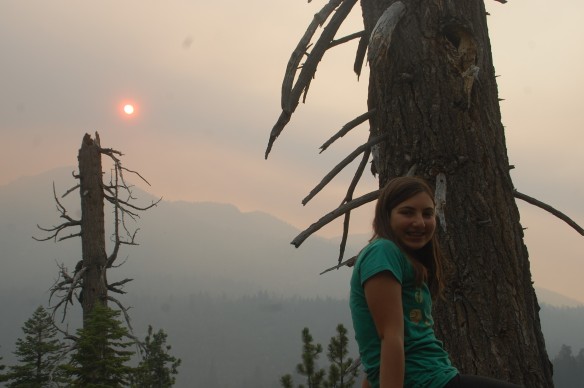 A hazy sunset over Lake Tahoe

A trio of eagles perched over Lake Tahoe

After spending some time on the Loneliest Highway we were a bit overwhelmed by the over loved (and, yes, very beautiful) Lake Tahoe. Heavy traffic everywhere and most hikes involved a lengthy weight just to park the car at the trail head. There also was quite a bit of smoke coming from forest fires both to the east of us as well as from the Yosemite area. Our original plan in fact was to head to Yosemite but all that smoke pushed us north into Plumas Eureka State Park. Located at about 5000 feet, temps reached the mid 80s during the day but then dropped twenty degrees at night. We camped there three nights and saw more shooting stars than clouds. And the only thing better there than the hiking was the mountain lake swimming. Leaving the state park we headed to Lassen Volcanic National Park where we saw 1) a helicopter rescue from the visitor center (no idea what happened) and 2) a lot of snow. And by a lot of snow I mean snow banks over ten feet high. The main park road usually opens mid-May or early June. This year it opens up in a few days. So we drove as far up as possible then walked a bit on the eerily quiet pavement. Maybe a few snowballs were also thrown. Then less than ninety minutes later we were chillin at a hotel in Redding where the temperature outside is over a hundred degrees. If you want consistency then stay out of California. 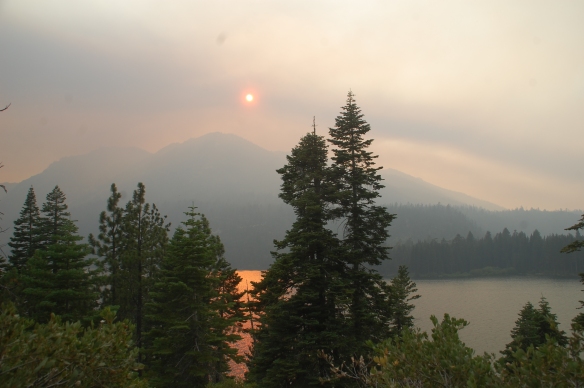 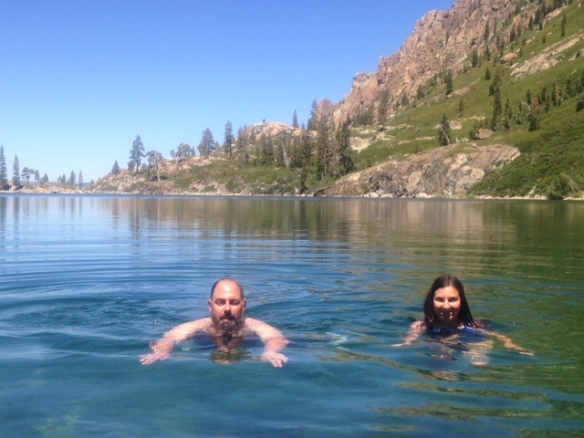 Swimming at Rock Lake in Plumas Eureka (3 mile one way easy to moderate hike with great views of the Sierras and one awesome mountain lake to swim in).

Remnants of the Jamison Mine which operated into the 20th Century. Cool outbuilding and other artifacts can be found throughout Plumas Eureka State Park. 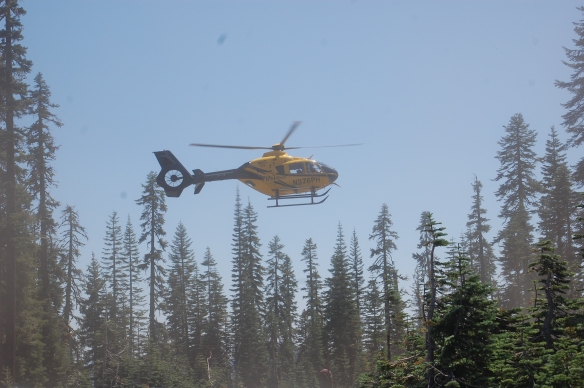 Your safety is never guaranteed. A helicopter rescue from a visitor center at Lassen Volcanic National Park. The helicopter landed in the corner of the parking lot about 25 yards from where we stood.

Due to the heavy snow that fell last winter car bound traffic (for now) can go no further although cyclists and hikers are allowed as far as they want to go. 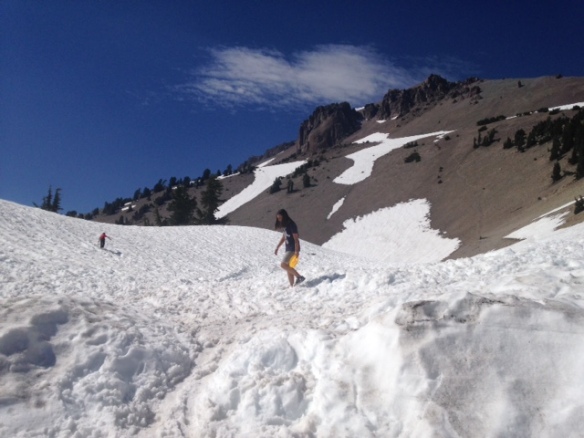 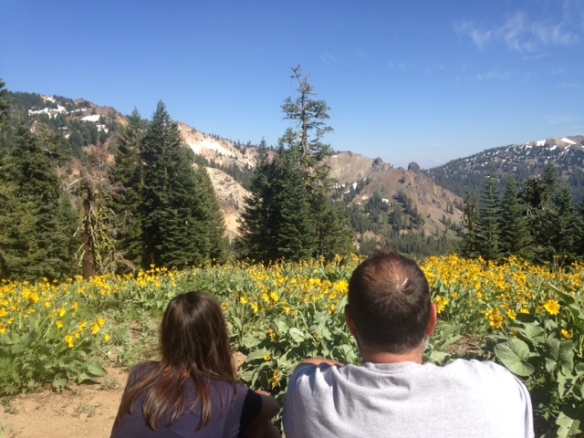 1 thought on “Fire and Snow in the Sierras”