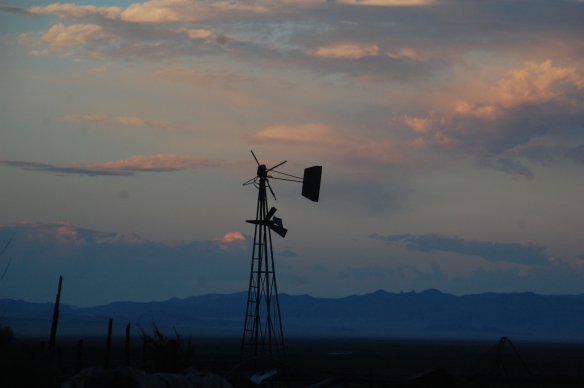 Our first night in Nevada was spent camping in Baker. Although at 5000 feet elevation, Baker remained very hot (mid 90s) until dark. It was a dry heat though and all we needed was a bit of shade to be comfortable.

First called the “Loneliest Highway” by Life Magazine in 1986, Route 50 through Nevada does indeed offer plenty of solitude. Beginning in Baker (population 68) and then ending at Carson City (over 50,000), Route 50 also contains one amazing national park, several mountain passes (we lost count after six), and many historical or just plain weird features. And in the end we find ourselves a stone’s throw away from Lake Tahoe and the Sierra Nevada Mountains.

Rising 8000 feet above Baker (and 13,000 feet above sea level) is Mount Wheeler which is within Great Basin National Park. We camped at around 10,000 feet which allowed us to easily hike up to a bit of snow (and a killer view of the desert below). 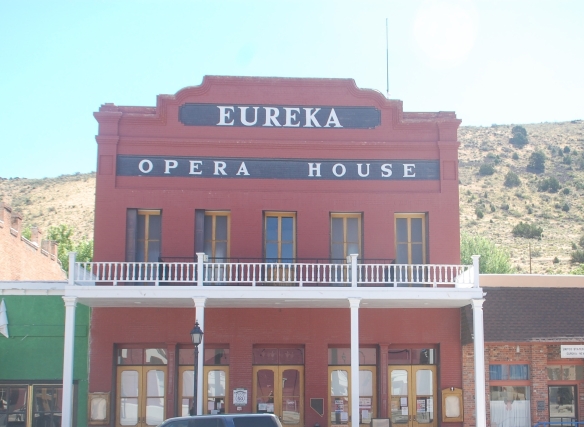 The historic and recently restored Eureka Opera House. Gold mining continues to be the life source for this very friendly and remote town.

The Stokes Castle in Austin, NV was built by a very wealthy banker and railroad magnate for his wife in 1897. They spent one summer in the castle and never returned. 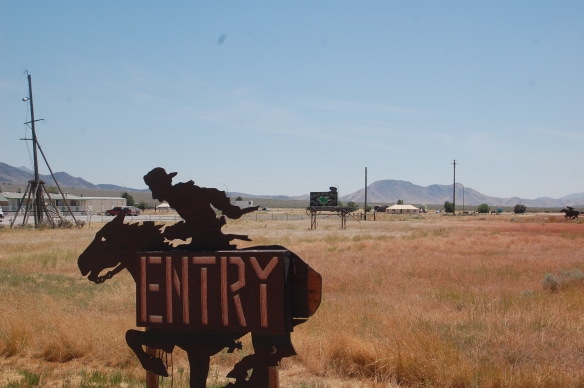 The Pony Express went through parts of Route 50 including near Cold Springs, Nevada where there now sits a nice gift shop/bar/café. 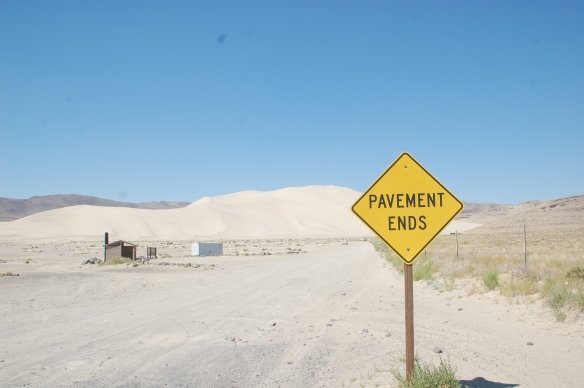 Our second sand dune of the trip, we had Sand Mountain entirely to ourselves. The mid 90s heat though kept us off the sand.