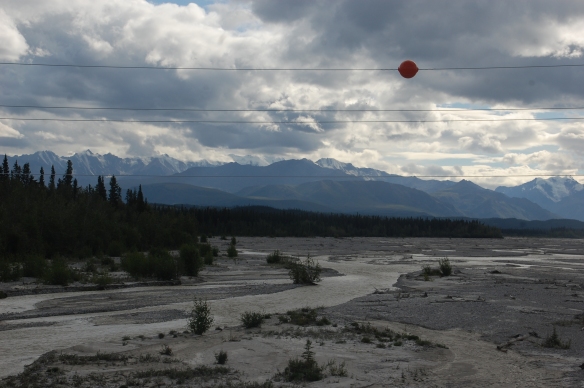 Near Delta Junction on the Alaskan Highway 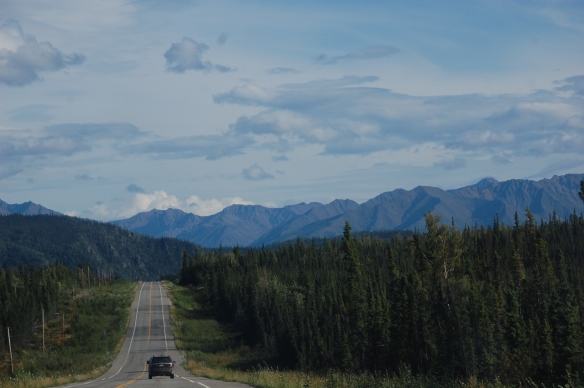 Another pretty view on the Alaskan Highway

And precious little payment either. The Top Of The World Highway may not be for everyone, but the payoff really is something special. Especially Dawson City where miners still work the river for gold while hipsters sit around drinking craft beers. About 2,000 strong now, Dawson once had a population of 30,000. After Dawson the highway is much better maintained and follows the Yukon River to Whitehorse (which at 28,000 is just a smidgen smaller than Fairbanks). Whitehorse has a great art scene, very friendly people, and wonderful (but pricey) restaurants. Winters might be a tad cold, but man are there some nearby trails worth tackling. After Whitehorse we hit up another gold rush town (Atlin) then drove three hard days to Dawson Creek which just happens to be mile zero of the Alaskan Highway. We may not be on the top of the world right now, but we are still feeling pretty good.

Sitting on top of the world 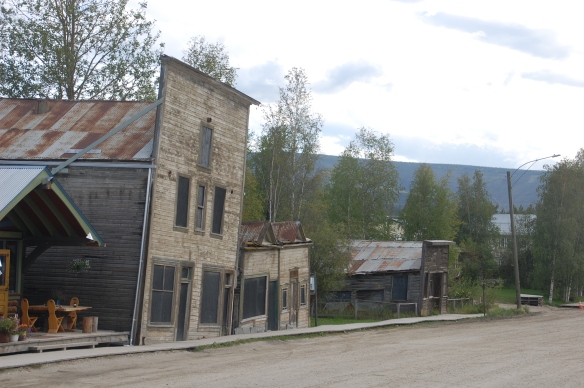 Dawson City- Most of the place is better maintained than this picture would suggest. A walk around town is like walking through a museum. A very cool place to visit.

Best darn breakfast sandwich ever! A cheechako is a First Nation name for a visitor to the Yukon. Supposedly a stranger was asked his name and instead answered where he was from. Chicago. That’s what they told me at the visitor center near Kluane Lake.

In order to reach Dawson from Chicken you have to cross the Yukon River. In summer there is a free car ferry that operates 24 hours a day and holds 8 cars or fewer RVs at a time. In winter the river freezes solid and cars are allowed to drive over the ice bridge.