Single lane traffic, repressive speed limits, and traffic cameras everywhere make for slow driving in Norway. A little north of Lillihammer the traffic got better and then we were launched into a national park. 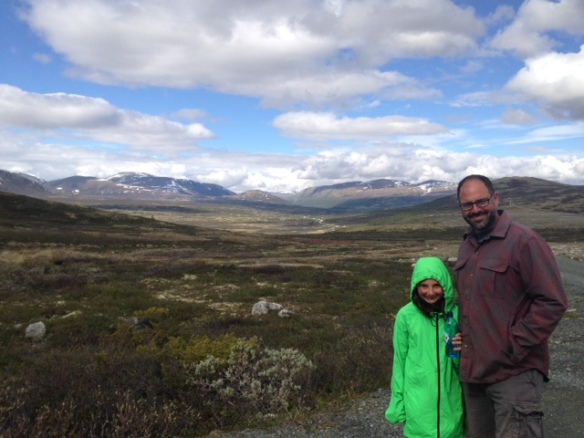 National Parks in Norway are a rugged, not so marked thing. What we saw via E6 though was pretty impressive. With a careful eye out for musk oxen (those suckers are mean) we walked to a birding tower and saw many bugs. Afterwards we took a short hike to an overlook. It was a bit of Wyoming smack dab in the middle of Scandinavia.

We then camped south of Trondheim and arrived in Norway’s 3rd largest city in the morning. It is a beautiful place of wooden houses on the fjord and a majestic centuries old castle peering down from above. That day we made two friends. The first was Lise at the Jewish Museum whose grandfather was one of the few Jews who returned to Trondheim after World War II. 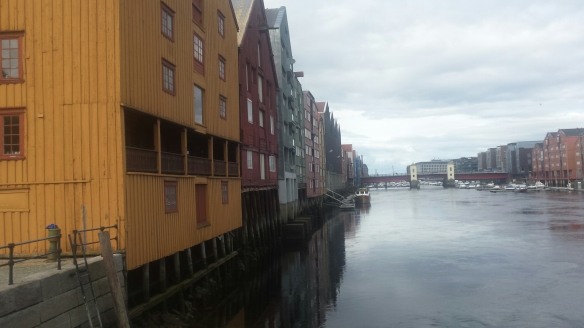 Trondheim is home to the most northern synagogue in the world. The heartbreaking story of this community is ultimately one of resilience and involves, among other things, over one hundred thirty Norwegian Jews fleeing the Nazis by skiing ten days over the mountains to Sweden. My smart phone cannot do any justice to their story so expect more later. 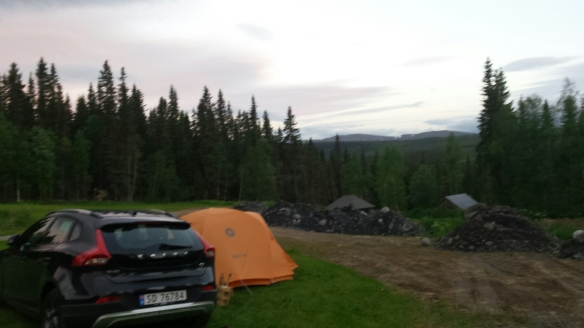 We also were lucky enough to meet champion cargo bike racer Ola and his charming ten year old son Malte. Not only did Ola share with us enough insider tips to help us avoid the tourist traps he also gifted me a very cool Swedish military  knife. His genuine concern that we see as much quality Sweden as possible (along with his good humor) has been one of the highlights of the trip. Thanks Ola!

Then yesterday was work. A lot of driving, misadventures looking for camping, and then finally paying too much for a hotel where we ate salads for dinner. But Stockholm is near and armed with good advice by Ola we are ready for whatever the road gives.