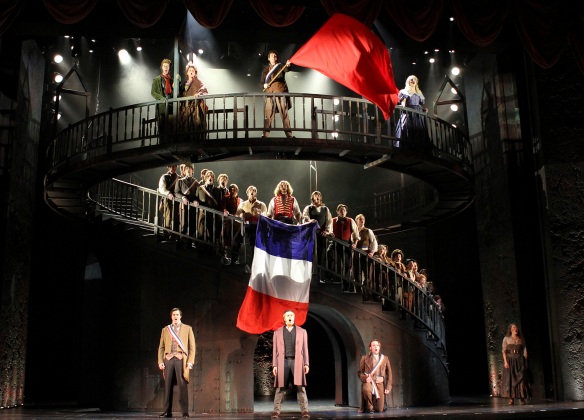 Paramount Theatre in Aurora was built in 1931 and, per Wikipedia, was the first place outside of Chicago to have air conditioning.  Impeccably maintained and done up in a loud, art deco style it hosts a whole bunch of live events including a Broadway Series that consistently equals (and sometimes outclasses) what you pay bigger bucks for in the Loop.  Yes, it is a rather long drive from the city.  Worse there is almost nowhere to eat before the show. But parking is cheap ($10 at the public lot across the street) and Interstate 88 usually moves pretty well.  So when I saw that they were staging Les Miserables I snagged the review for Newcity and then begged an extra ticket for Henna. 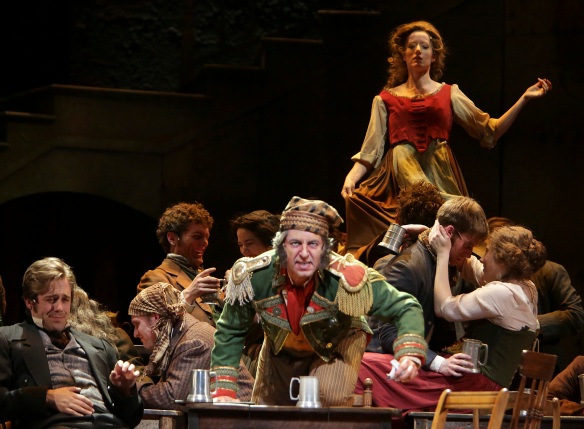 So the production was as good, no, actually better than I thought it would be (this is the review I wrote).  Before the play Corey went over the plot with Henna and this made her a bit nervous (I think it was all the tragic deaths and the intense battle scenes that made her wary). At intermission though Henna declared she loved the play and then on the way home she begged us to download the original cast album.  Now the soundtrack is etched forever in my mind, an endless playback of French misery and triumph.  At $41-$54 this is not a cheap ticket, but it is much less than you would pay for the same production staged downtown.  To purchase tickets or for more information, click here.  The show runs through April 26th.