I was saving Starved Rock for when I had a little more time.  But the local news talked about this being the 100th year that Starved Rock has been open to the public and I could not resist commenting and posting some pictures.  Starved Rock State Park is our favorite winter destination.  Who can resist competing with other families for that sweet spot by the fireplace, tag and other games in their giant pool, and making that annual pilgrimage to a spot where a group of Native Americans supposedly were starved out.  The first few years we pulled Henna on a sled through Aurora canyons until the trail became too steep.  Now, in between snow ball fights, we sled down iced over boardwalk stairs on our buts.  Each year there also seem to be more resident eagles as well as more possums and the occasional stray cat that the bartender feeds.  And what always impresses me is that this pocket of wilderness resides less than two hours from home. 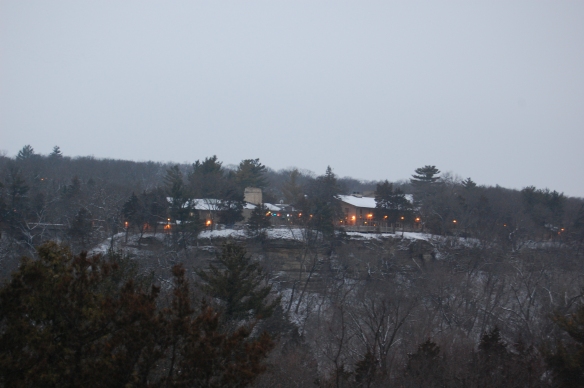