Yesterday we headed north to go south.  That’s right, we venture back over the Sir line.  The drive was long and tedious but our destination was special.  We were on the hunt for yet another one of Corey’s first cousins. 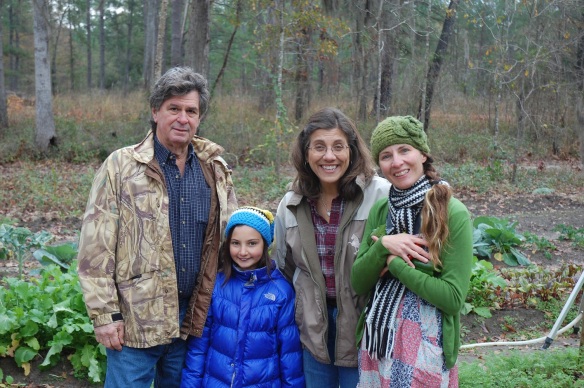 So much of this trip has been visiting my friends and Corey’s relatives.  Last night we wandered into the lovely town of Thomasville, GA in order to visit with Krissy (first cousin on Corey’s father’s side), her husband Bill, and their children Will and Elin.  What made the night different from every other night was that we had never actually met any of them.  So as we pulled into the long winding driveway of the “last house before the pavement ended” (actual directions) it was with some hesitation that I left the car to knock on the door.  And then it was with great fear that I backed away from the large dog seemingly guarding the house.  Corey then called her cousin and we all petted the dog on our way into the house. 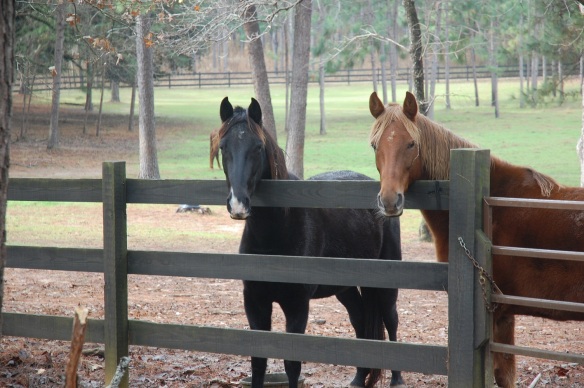 Bill and Krissy could not have been more gracious hosts.  Bill obliged my endless questions about the masterpiece house he designed and mostly built himself, Krissy let Henna help out around the kitchen while she whipped up something tasty, and Will and Elin talked politics and theater with us.  Krissy was even nice enough to let me beat her at Scrabble.

The next day was fun too with Krissy and Bill introducing us to their horses, dogs, and delectable fruits and vegetables.  Later Krissy showed off her antiques that she sells at the in-town antique store (and Henna scored a wooden yo-yo) and we all dined at Jonah’s Fish and Grits.  I hate grits.  I loved the grits at Jonah’s. 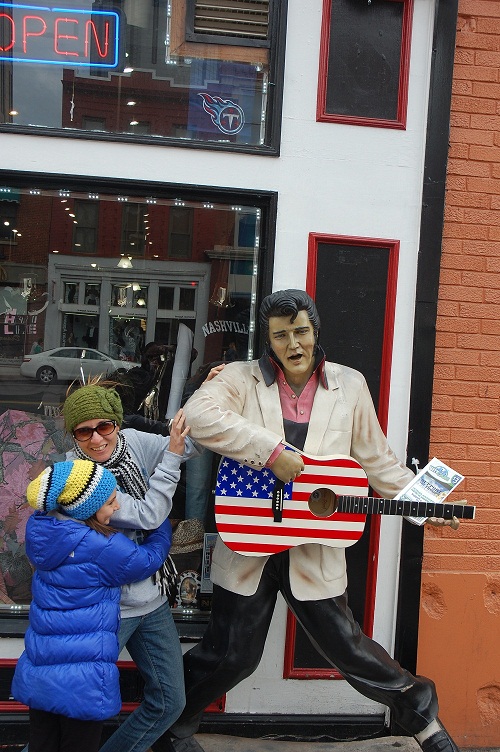 Elivs (not a cousin)

Later that day we were reintroduced to bad traffic (Atlanta traffic is nasty) and the interstate has now sufficiently sucked us back in.  It let us out a little today for lunch in Nashville and later whiskey in Clermont, KY (home to our good friend Jim Beam).  Corey’s Aunt Joan, whose passing was recent, lived much of her life sipping the good water that comes from Clermont at her home on the Gulf.  It is fitting that Corey and I will spend our last night on the road sipping to her memory.  Noel 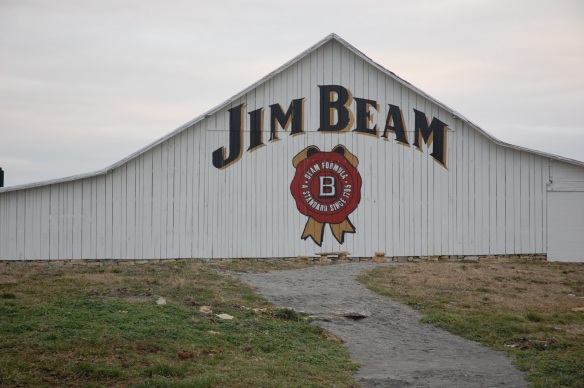