People rock. A few roll, some tilt, but mostly people rock. They rock in the red and the blue states and everywhere in between. I think we (especially people like me who love to argue almost as much as they love watching politics) tend to lose sight of that. 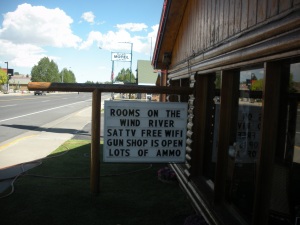 Not in Illinois anymore

Anyways that is what a fellow traveler said. Him and his wife are traveling America like us but with a couple of extra kids (they have three children age 2 through 7) and the family dog. Oh, they also are also traveling by bike. The dad has the dog and food and other incidentals, mom has the three kids on a type of tandem bike. The youngest can’t quite reach the pedals so he sits strapped to her back. We came across them at a park in Dubois, WY. Like a magnet they drew us in and in a short while we were trading stories while Henna played with the other children. We also asked them a lot of questions which I am sure they answer several times a day. The short of it is that mom quit her corporate job due partly to office politics and the dad is a pretty handy guy who, among other things, built their bikes. They tell their story a lot better than we do on their website thefamilyride.com 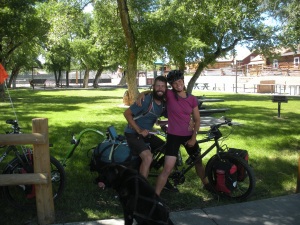 A couple of days later we met other corporate drop outs while hiking to Lake Solitude. That was yesterday and we are hurting pretty bad from the effort . Toward the end we met a structural engineer and his wife who decided to quit working for a while. They said they met others on the hike doing the same. Which leaves me thinking, are we doing it wrong it in America? Whereas most European countries have a minimum of six weeks of vacation a year (and shorter work weeks in general), most of my neighbors and friends are lucky to have two weeks. Maybe that is why there is so much resentment toward educators who mostly have the option not to work over the summer. A lot of the good, like the family ride people and the hikers I met yesterday, are just burning out and our society is the worse for it. 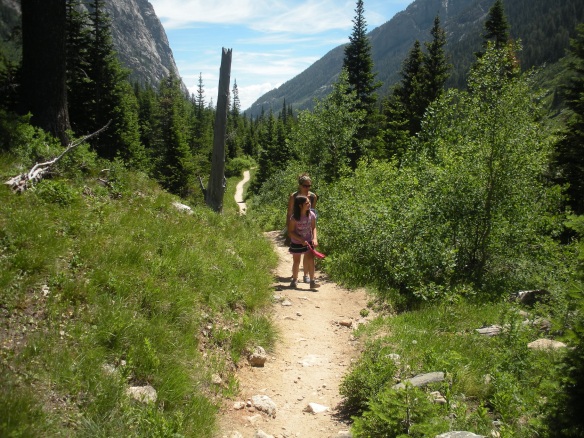 No pain no gain

One more thing: there was another guy I met here too. Alone, he spends his summers camping in his modified van (with solar panels that keep the extras running when he camps). From what I can gather he spends a lot of time alternating between drinking Coors and mountain biking. He told me that he is 61 and spends every day just “pounding it.” The night after our death march of a hike, I called out to him on my way to the lake with Henna. “Man, we pounded it today”. Henna thought I was nuts. Noel 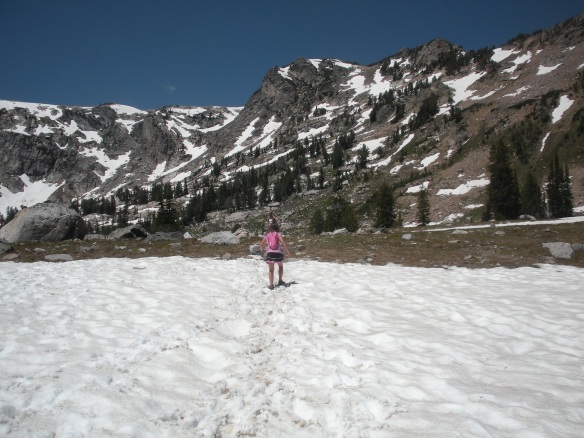 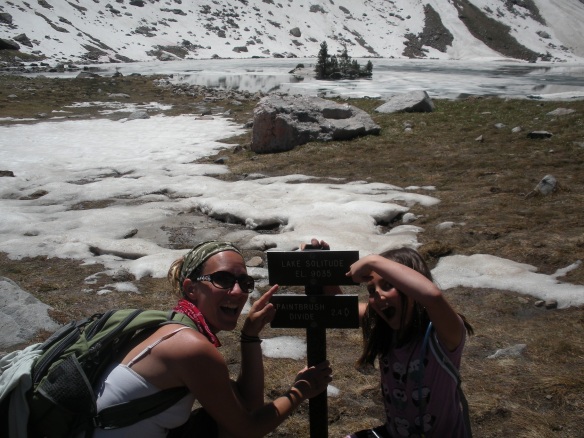 I also want to give a shout out to our former neighbor here at Signal Mountain Campground, Kyle (or as he prefers to be called “The Preacher Neighbor”) and his very sweet and nice family who did not bat an eyelash when we told him of our non-religious views. He also seemed genuinely interested in what I am reading Lamb: The Gospel According to Biff, Christ’s Childhood Pal by the awesomely witty Christopher Moore. Hope we get to camp next to you soon (and I am not just saying that because you owe me a beer).