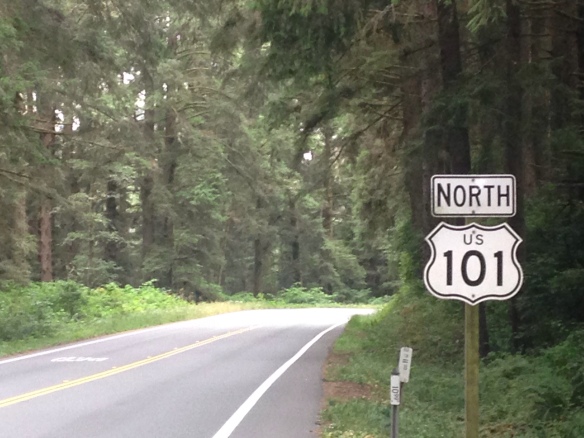 Just outside of Redwood National Park I talked to an expat from California now living in Idaho. Redwood National Park, by the way, does not have as many old growth Redwoods as you might think. The area was heavily logged well into the 20th century. Often when hiking through the park the most impressive thing are the massive trunks that line the groves like tombstones. Although this wholesale slaughter of trees certainly created a whole lot of jobs, it also deprived future generations the thrill of walking through an intact forest of towering trees that have stood since before Christianity’s birth.

Fire partially hollowed this Redwood but miraculously it survives. Climate change, however, is beginning to weaken these ancient trees.

Our friend credited Idaho’s low crime rate to it being a “constitutional carry” state. Not directly stated, but certainly implied, was that Chicago would be wise to do the same. This is a definite trend with us as people often feign concern about our safety when told we are from Chicago. Ironically this concern is often expressed to us while we sit around a fire, possibly surrounded by grizzlies, with a coming thunderstorm and wolves howling in the distance. I might tell them that if you measure safety by homicides per one thousand then Chicago is not even the most dangerous city in Illinois (that honor belongs to Rockford.) By that same measure Chicago is much safer than other mid-western cities  including Milwaukee and St. Louis. But still they press on with their Fox News talking points and remain convinced that Chicago’s biggest problem lies with the liberal, politically correct, and mostly left handed establishment. Which makes you wonder how they would respond to me giving answers to problems they did not even know they had.

Feeling small in an ancient forest 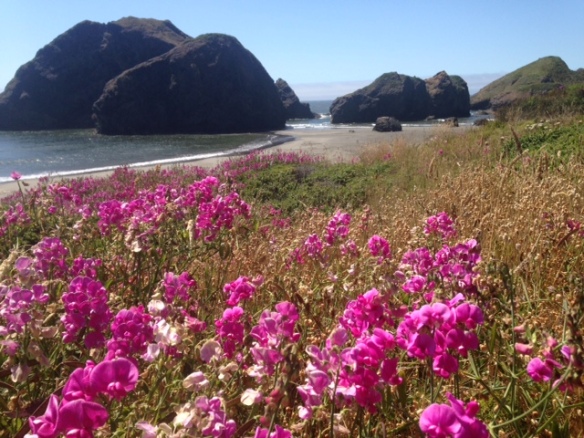 Angry at the both of us, Corey put Henna and I in time-out at Redwood National Park

So there we were in Redding, sweating it out at 100+ degrees, and having to decide whether to 1) go up Interstate 5 to Mount Shasta and then Crater Lake or 2) hit the coast. We chose the latter and then spent four lovely nights camping from the Redwoods near Eureka, CA to the gentle waters of Sunset Bay, Oregon. In California, at a private campground, my full bladder woke me in the middle of the night. While taking care of business I looked up and saw a very large bear less than fifty yards away from me. The bear was sniffing the grass like the skunks do by my house in Chicago. He/she did not register me in any way. I went back to the tent and then debated whether or not to wake up Corey and Henna. They were sleeping soundly, the bear did not seem out for tourist blood, so I tried to go back to sleep. Twenty minutes later I peeked out the tent and the bear was nowhere to be seen. It took me at least another hour to fall back to sleep.

That was actually my second bear encounter or third if you count the time in Ouray (a small bear ran through the campground near our tent). The other encounter was in Plumas-Eureka State Park. Corey and Henna drove to the main visitor center but I decided to walk the pleasant mile and a quarter along a creek trail. About halfway down the trail I came across three women walking together. In response to hearing my footsteps behind them they whirled around to face me. One lady was carrying a heavy branch. They told me there was a sow and a cub just up the trail. There were four of us so we decided to walk forward. As we did so I told a joke that I have heard my dad tell dozens and dozens of time about two boys being chased by a bear. The punchline is that one boy tells his friend that he only has to outrun him (and not the bear). The joke went over well and I never actually did see either of the two bears (although supposedly they watched us the whole time). 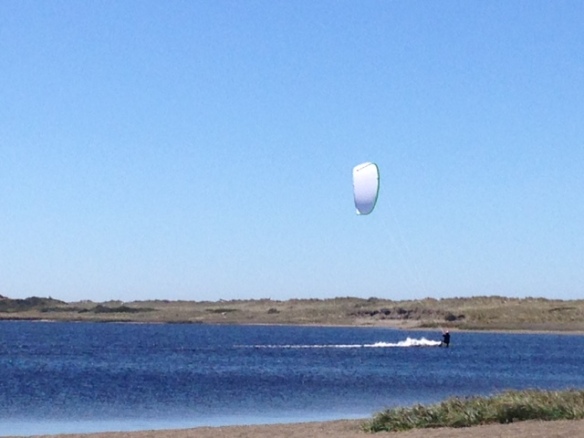 A great cup of coffee in Langlois, Oregon led to us finding one of Oregon’s premier kite surfing destinations.

We met a lot of other really cool people. Sometimes though the conversations went a little off. Like the ranger we met who, when told we were from Chicago, assumed that we had seen the last Grateful Dead show (Jerry Garcia died shortly after playing Soldier Field). Corey actually was at that show and so joked “I actually killed him.” Dead silence. Or, again in Plumas, I told a woman that it was a three mile hike to Rock Lake. She then asked how long it was round trip.

Our third massive sand dune of the trip was at Oregon Dunes National Recreation Area.

This is likely our last night on the coast and is spent at a motel a little south of Newport. As for tomorrow, well, who knows where we will go.

Blueberries are might tasty on the coast of Oregon