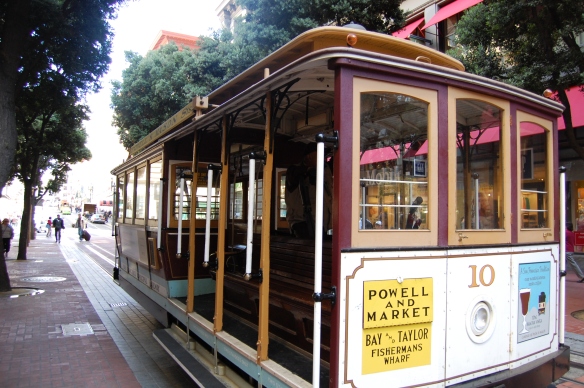 Of the Great City Parks on our Hennacornoeliday list, Golden Gate Park in San Francisco fits most perfectly to its host city.  Whereas the National Mall is infinitely greater than D.C. and, in our opinion, Boston deserves a greater Common, Golden Gate is a perfect fit for San Francisco.  Although 20% larger than Central Park (in a city many times smaller than New York), Golden Gate Park never appears intrusive to the city as a whole.  Rather it is like many opposites in the Pacific Northwest (water and land, mountain and valley) in that it is often hard to perceive the true border of city and park.  The homeless sleep in semi-permanent tent cities and office buildings have green facades.  The iconic Haight- Ashbury neighborhood is surprisingly kid friendly and upscale while some parts of Golden Gate Park seem to turn its back on families.  It is these contradictions that ground the park into its urban setting (and at the same time green the concrete).

Our two days wandering San Francisco were spent mostly on the perimeter of the great park with frequent crossovers and explorations.  Within or close to the Golden Gate Park exists the nations oldest Japanese Gardens, a children’s museum , wonderful playgrounds, the majestic Palace of Fine Arts, the Conservatory of Flowers, museums, stadiums, and walking trails.  Also periodically a menacing fog can be viewed advancing into the park to chill your summer bones and obscure any city or mountain views.  Several residents informed us that the warmer it is in Sacramento, the colder it is by the bay due to the interior heat drawing the fog toward the coastal mountains.  The summer we visited San Francisco we drove over a couple of weeks to the most northwest corner of Washington and saw exactly one sunset due to the blistering heat east of us.

Other things beside the Golden Gate Park that make San Francisco great are book stores, coffee shops, China Town (thus far my favorite China town in the U.S. and Canada), restaurants, and the friendly and sophisticated city folk who seem to appreciate their city as much as the tourists.  Public transportation is wonderful and even thrilling as the light rail system complements the assorted trolley and buses.    Also every corner seems to be a trolley or bus stop which is a great thing when the terrain suddenly becomes too steep to walk any further.  In San Francisco, distances between points are less relevant than the existing grade as it is always easier to walk a flat mile than a mountainous quarter-mile.

Quick travel tip:  Look into Berkley as a base to explore San Francisco.  The train ride in goes under the bay which we thought was pretty cool (and Corey and Henna enjoyed pretending to look for sharks out the train window) and takes only a few minutes.  Hotel prices are of course much cheaper and parking in Berkley is not too difficult.  We stayed at the Holiday Inn Express and had no complaints.