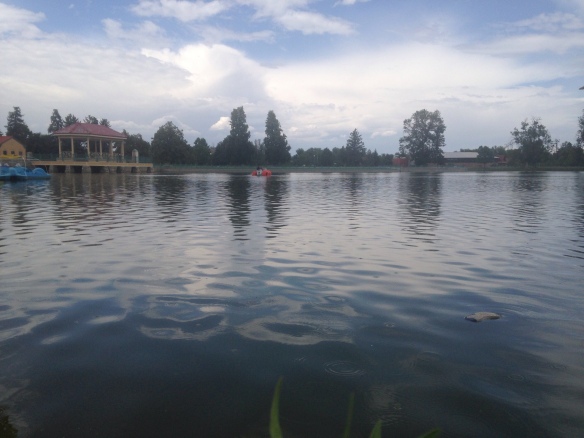 Denver’s City Park is just a short drive away from the capital building. At 330 acres it is an impressive green space and includes a zoo, many trails, and a small lake. If one is foolish enough to do so, you can also rent a paddle boat or, as Henna and I did, a water tricycle. Lighter than the more conventional paddle boat, the water tricycle is a bit difficult to navigate in tricky waters. And the seas were indeed rough the day Henna and I set off to explore the outer watery reaches. So much so that Henna lost her shoes (she set them aside on the boat prior to setting off and then later they fell off the side). Did I mention the tricycle is difficult to steer? We did quickly save one shoe but the other drifted ever so slowly away from us. Try as we could, and believe me we did try, we could not capture the overboard sneaker. Luckily it drifted back to shore where Corey was able to spear it with an oar. Bad shoe. 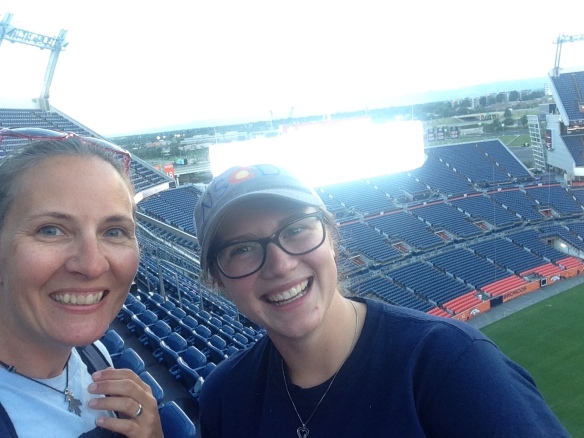 Despite nearly twenty years of travel under our belt, we had never actually spent more than a few minutes in Denver. But lucky for us, our niece/cousin Kristine moved to Denver a few months ago and there was no way we would miss the chance of hanging out with her. Although it is hard to gauge a city after only a few hours, we think we like Denver. Not love, but like. Remove Denver from the mountains and you would have a serviceable enough city but not somewhere people would go out of their way to visit. But so far as we know Denver is not moving further away from the Rockies and for this reason alone it is a pretty cool city.

Several days a week food trucks are allowed to set up near the state capital. Baggo games are also encouraged.