One of the more whimsical Earthships located just outside Taos, NM

After a sandy morning we left Great Sand Dune National Park and then had a killer breakfast in Alamosa. Refreshed we drove south to Taos where, just outside the city limits, we stopped to tour an Earthship. No, we were not smoking any Colorado weed. Earthships, unlike Starships, are very much real. First conceptualized by architect Michael Reynolds in the early 1970s, Earthships utilize recycled materials such as tires as well as solar panels and water filtrations systems to create completely off the grid homes. Rain water, for example, is funneled from the roof into a system that uses the resource multiple times. Much of the living space is also below ground which helps regulate the temperature. The model we were allowed to tour was comfortable, cool, and had a very hip southwest feel. It is hard to pin down exactly how much one of these cost but a quick google search found a 1900 square foot home selling for half a million and a much smaller Earthship priced under $200,000. 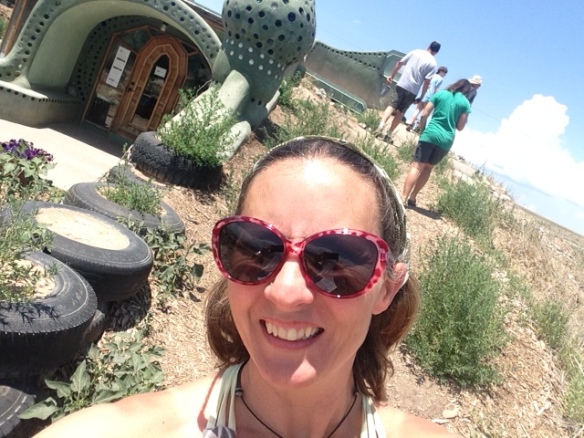 Taos was a bit too crowded for our tastes. And overbooked. Regrouping we opted to “plan ahead” which meant that I called a motel in Santa Fe that the three of us stayed at over a decade ago. They only had a few rooms available so we “made reservations.” Knowing then that we had a place to stay we decided to check out the Taos Pueblo where we lingered a bit before taking the very dramatic 70 mile drive south.

Ruins of the original church built by the Spaniards in 1619 but then destroyed during the Spanish Revolt of 1680. Later rebuilt it was destroyed once more by the United States Army in 1847 which at the time was at war with Mexico.

In Santa Fe we showered, went to bed at a reasonable time, and then spent a wonderful day wandering one of America’s oldest city. At night we chilled in the Plaza and listened to some great music by The Battle of Santiago who describe themselves as a “Canadian Afro-Cuban post rock band.” They had us dancing in our lawn chairs.

Hard to take a bad picture in Santa Fe

So now we are rested and one week into our trip. Tomorrow we will be…. I don’t know. And it feels good to say that.

Henna at our temporary home, the Garret Desert Inn in Santa Fe