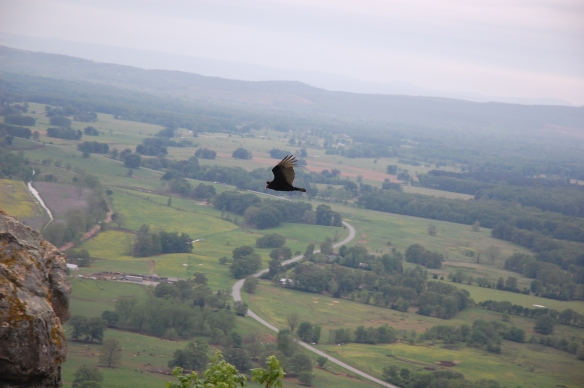 Petit Jean National Park?  Almost.  Stephen Mather, director of the National Parks vetoed the idea when it was presented to him in 1921.  Instead Petit Jean became a state park.  To me it is like a mini national park with cool cabins to rent (along with a lodge and a nice campground), lots and lots of trails, and some quirky stories to discover.  Everything is focused on top of  a 1200 foot mountain which is actually the part of the valley that did not erode (imagine building a sandcastle by digging in the sand and ignoring one area in the center). 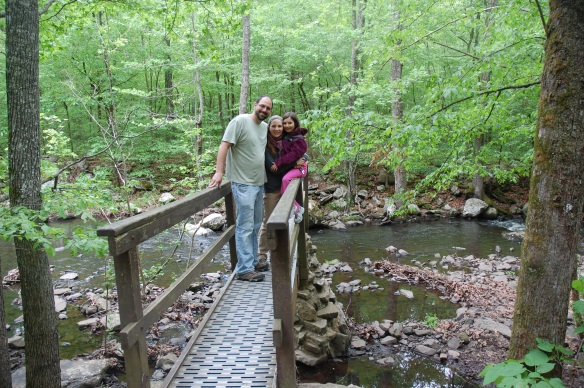 The number one highlight of our stay had to be a tornado not touching down on the cabin we were renting.  The spring day was hot and muggy when we got there and cool and crisp when we hiked the next day.  In between a band of tornadoes and thunderstorms with serious hail swept west to east.  We spent the night watching the local meteorologist pulling an all-nighter while we tried to match the Doppler to our Rand McNally map.  The meteorologist was truly heroic as he alternated between highly detailed warnings (if you’re near the DQ by state route 7 and 176 take cover), comfort (Morrilton, it is OK to come out from your basement), and pure rambling (I took this job mostly because my daughter was going to college nearby).  He started mid evening and was going strong in the early morning when we finally were able to get some sleep.  That night he earned his paycheck and I even dare say he acted heroically.  A few weeks after returning home I learned some other people were not as lucky as us.  A tornado touched down on a portion of I40 near Petit Jean and killed several people on the highway.  That spring dozens of people were also killed by tornados and our deepest sympathies go out to those who grieve them.

Other highlights of our stay included the beautiful hiking trail that leads to Cedar Falls.  In season I am guessing the trail gets pretty crowded, but we were pretty much on our own.  I have been fortunate to see many waterfalls and can say that no two look exactly alike.  The position of rocks, the angle and height of the drop, the volume of water, and the topography make each waterfall unique.  Cedar Falls, to me, drips evolution and time.  The water cuts deep into the falls lip and you can see how much higher it once was as well as how much lower it will one day be.  Fossils of great trees long since extinct are etched in the rocks and one can sense the ancient reptiles that feasted on those leaves. 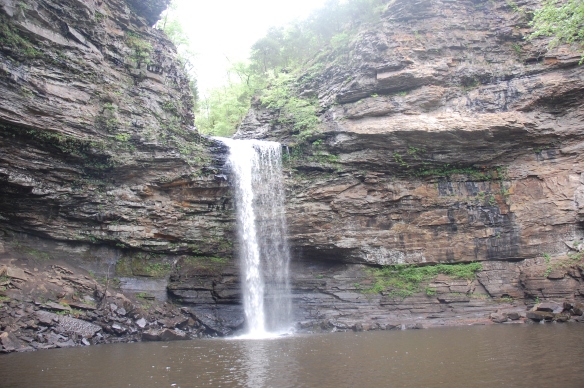 Petit Jean also shows off some of its pre-recorded history in pictographs found in the Rock House Cave.  The trail leading to the cave traverses over “turtle rocks” and we had fun hopping from shell to shell.  There is also a homestead worth exploring that presents the somewhat campy legend of Petit Jean complete with her “grave.” 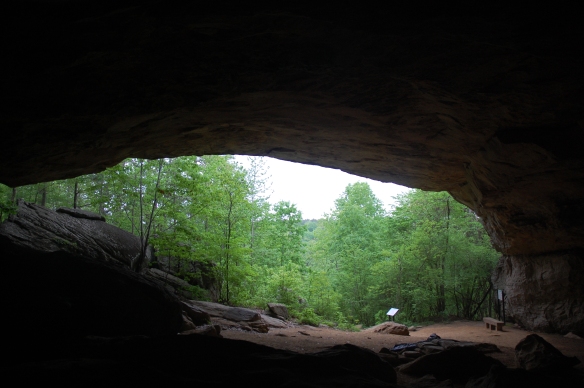 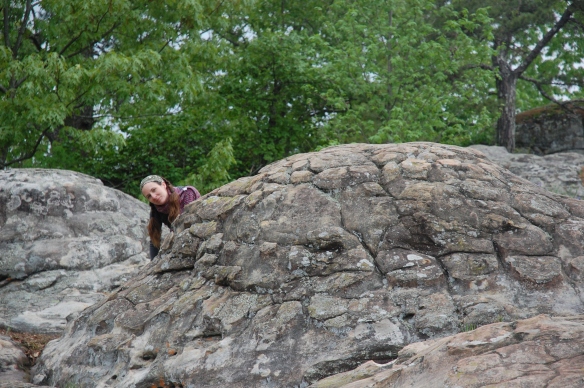