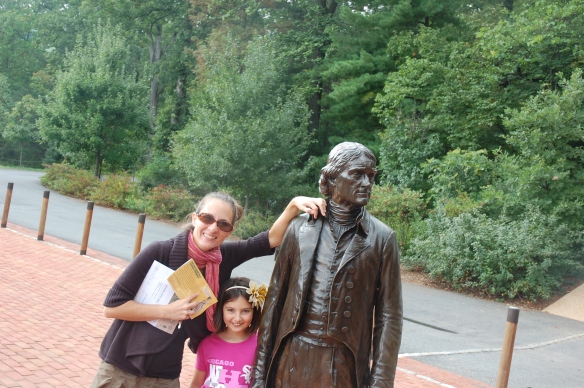 Ever wonder whose home that is on the back of the nickel?  It is Mr. Jefferson’s’, the one- two-three man (first vice president, second secretary of state, and third president of the United States).  Please do not confuse him with the one-two punch of Dernier and Sandberg of the 1984 Cubs.  After seeing recreated Colonial Williamsburg and very much alive Washington D.C., it was interesting to visit Monticello.  There are no actors dressed up in funny clothes here.  Just a wonderfully restored home of one the greatest men in American History.  For a few bucks one is treated to a tour of a classic architectural gem that offers insight into the celebrated man’s interests and talents.  No pictures were allowed inside the home, but I can tell you it is filled with original and replica fossils (President Jefferson was fascinated with mastadones), a lot of books, and very interesting details like a dumb-waiter that went to his wine cellar.  It should be noted too that upon his death Monticello went first to a daughter who then sold to a local before being purchased by Uriah P. Levy.  Mr. Levy was the first Jewish Commodore (Admiral) and very much admired the former president.  First him and then later his nephew took immaculate care of the home before selling it to a preservation society in the 1920s. 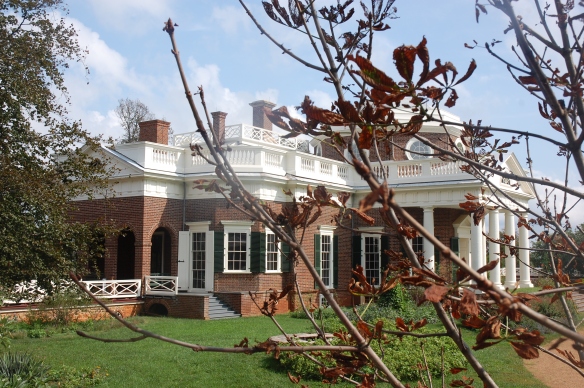 After our tour we found a cool apple farm nearby and then retired at the local KOA. The next day we took a gander at the University of VA (designed by Mr. Jefferson).  UVA is almost as picturesque as Ohio University but has better eating options nearby.  We then enjoyed camping at Douthat State Park.